When and how to decant wine 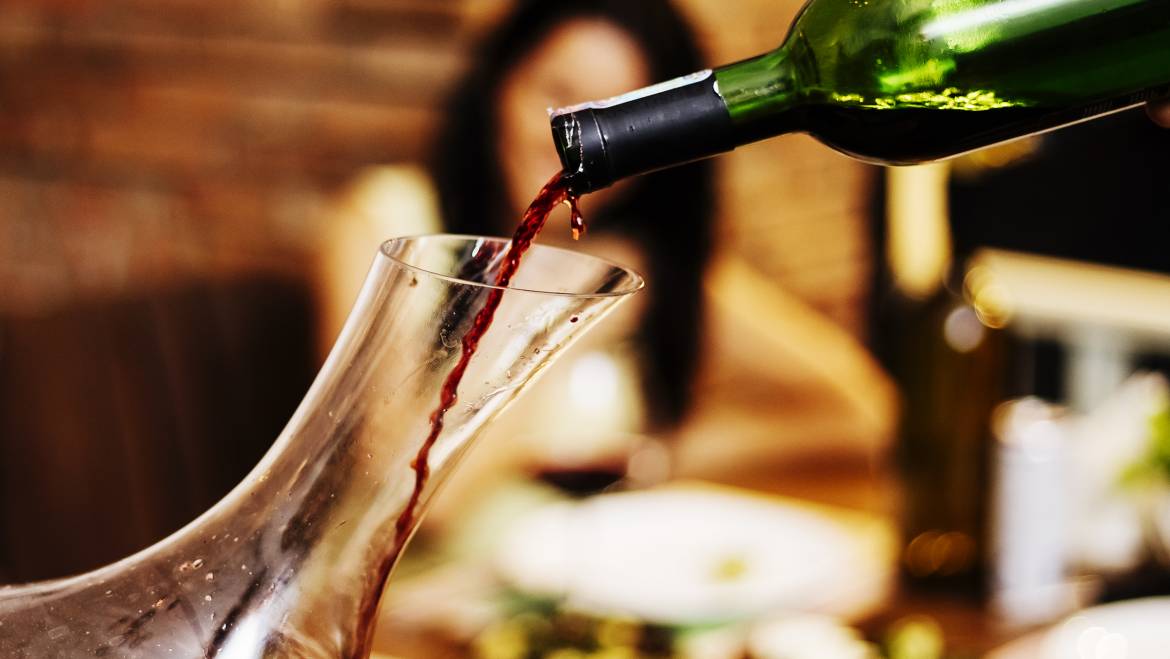 There’s still a general idea that red wines – especially traditional red wines like Bordeaux – need to be decanted but that’s rarely the case these days. Most wines are made to be drunk straightaway. It’s only when one of the following conditions applies that you need to get out a decanter

When the wine has thrown a deposit

Nowadays we drink wine much sooner than we used to which may result in a young wine still tasting excessively oaky. A way to counteract that is to ‘double decant’ it – i.e. pour it from the bottle into another container such as a jug then pour it back into the bottle. Letting the air get into it helps to smooth it out

That applies to rich whites as well as reds though it inevitably raises the temperature of the wine. No bad thing in my opinion with wines like white burgundy though some people prefer to drink their whites colder

When it’s a natural wine and smells a bit funky

Wines that are made without or with only a minimum amount of sulphur added can smell a bit funky on opening. Letting the air get to them by double decanting them can freshen them up and get rid of the ‘bottle stink’.

How to decant a wine

When there’s a deposit involved you need to be careful not to mix the sediment up with rest of the wine so make sure you keep it upright for at least 24 hours before you plan to serve it.

Remove the cork trying not to shake up the wine again and wipe the neck of the bottle clean Then place a light source like a lighted candle or upended torch behind the neck of the bottle and pour carefully and steadily into a clean decanter in a single movement without letting the liquid fall back into the dregs. Watch the sediment like a hawk as it inches towards the neck then stop immediately even if you have half a glass left in the bottle.

If a wine is really old and fragile – say 20 years old or more – it may be better not to decant it. Leave it upright as described above then pour a small amount into a glass and taste it. If you feel it’s fading don’t decant just pour carefully into each glass.